Change in management at ViscoTec 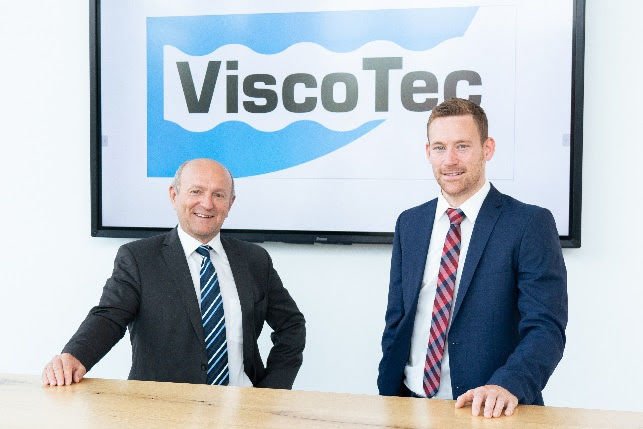 For the next six months, Kamhuber and Senftl will jointly steer the company‘s affairs together with Martin Stadler, the Technical Managing Director. “I am confident that with Georg Senftl as my sparring partner, I will be able to completely carry out my role in management after a few weeks,” Kamhuber said. For over six years, Kamhuber, who has a degree in industrial engineering, has had a strong mentor in Georg Senftl. Asked about his goals, he mainly refers to his predecessor‘s successes: “The bar is high, and I am aware of the large footprints I am stepping in. I will continue along this successful path.”

After recently establishing a subsidiary in France, the company says it plans, in the long term, to open more subsidiaries in order to expand internationally. “The change in the world markets and the shift of production facilities for electronics manufacturing towards Asia, not only opens up growth potential, but also demands a corporate rethink,” Kamhuber said.

In the long run, Franz Kamhuber can imagine establishing further subsidiaries, perhaps even individual production stages, in East Asia. “None of this is something that will be implemented overnight, but as a company we have to start to take a close look at the value chains of the future in order to make use of opportunities,” the Bavarian native explained.

ViscoTec says it is currently experiencing an unprecedented boom in orders. A new production hall including office space is planned on the company premises in Töging to be able to handle all orders.

“I know every face in the company because of my long history. I want to offer my colleagues the best working conditions, even with a high volume of orders. Then it‘s a matter of looking at where automated processes can take effect in order to become even more efficient,” Franz Kamhuber said.

Kamhuber, who is married and has two children, says he is looking forward to his new role. “The little ones are just 3– and 1 year old. Besides my career, it is important to me, to be able to spend time with my wife and see the children grow up.” This is entirely in line with Georg Senftl‘s approach, who has always based ViscoTec’s success on the strong – almost family-like – cohesion of all employees, the company added.