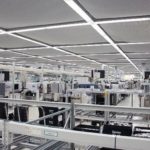 The Siplace SX as it takes busbars from trays
Source: Preh GmbH 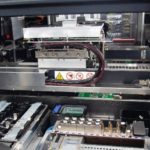 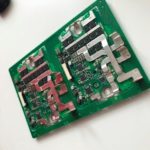 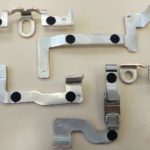 The busbars are placed on line 6 in Preh’s factory
Source: Preh GmbH 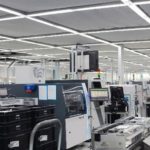 Siplace WPC with a tray of busbars
Source: Preh GmbH 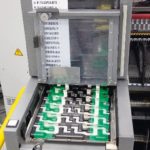 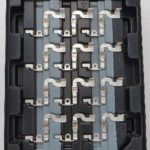 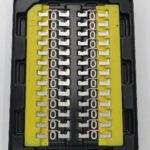 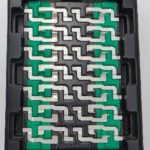 PCBs for electric vehicles pose great challenges for electronics manufacturers. By working closely together, automotive supplier Preh GmbH, and SMT solution provider ASM have automated the production of a module for the recuperation control of storage batteries in electric vehicles, including the placement of massive busbars.

With complex modules carrying odd shapes such as large connectors, strict traceability requirements and tough just-in-time requirements, automotive customers are considered the most challenging for the electronics manufacturing industry. The increasing popularity of electric vehicles is currently raising the demand for power electronics as more smart and reliable controllers are deployed to improve the recuperative abilities and range of such vehicles. One of the suppliers specializing in the development and production of such modules for automotive OEMs is Preh Group in Bad Neustadt, Germany, a division of Joyson Group in Ningbo, China.

“When we started this project more than two years ago, we knew that we would not be able to keep placing our busbars manually on over one million modules annually. We had to take a new approach in terms of efficiency and quality. Working with ASM’s SMT Center of Competence (CoC) in Munich, we checked out the feasibility of an integrated and highly efficient SMT placement process in connection with our development project,” remembers process technician, Dirk Petzold.

The first step in the process evaluation at the SMT Center of Competence (CoC) involved the pickup and placement of the four large and heavy busbars with Siplace placement machines. The bars are up to 9.5 centimeters long and up to 9 centimeters wide. The massive components come in various shapes, must be placed flat onto the solder paste deposits, and feature raised edges with heights of up to 25 millimeters across their whole width for contact purposes. The bars are so large because they must accommodate currents of up to 600 amperes.

The CoCs, which ASM operates in several locations, allow electronics manufacturers to have their production processes evaluated, tested and optimized by their process experts in a realistic environment. To ensure reliable pickups and accurate placements of the various busbars, the company developed a special nozzle with bellows and two pickup points for their TwinHead pick-and-place head that is able to handle the oversized components.

“Since the placement head camera was unable to capture the large busbars in their entirety, the vision system uses a fiducial on each bar when they get picked up. This avoids the need to take multiple pictures, which would increase the cycle time. This approach also ensures a proper pickup, which is essential for the weight distribution,” explains Dirk Petzold.

After working on the pickup process, the teams looked at the most effective way to supply the busbars to the placement machine. In initial pilot runs, the busbars were supplied manually in trays that Preh had produced with a 3D printer. This was followed by supplying the different busbars spread over multiple trays in a Siplace Waffle Pack Changer 6, an approach that required them to master several challenges. For example, due to the high raised edges at the end of the busbars, only every other tray drawer could be used. Other problems quickly followed. The original design of the tray inserts required the busbars to be laboriously rotated by the Siplace TwinHead between pickup and placement. The continuous changes between the trays holding the four different busbars also turned out to be time-wasters.

Over several iterations, the Preh team managed to optimize the trays and the entire component provisioning process: “Today we use thermoformed trays that hold multiple complete sets of the four different busbars. We did this by integrating our prefabricator into the process, who now delivers prefilled trays to us. Codes ensure that the vision system can tell the busbars apart, and drill holes in the busbars are used as markings to ensure precisely centered pickups. The busbars are stored in the trays in a way that eliminates the need for rotating them. Their positioning on the circuit board is supported by pins. To handle the trays, which are filled with different components, ASM’s CoC team came into play again,” reports Dirk Petzold. “The technicians worked together to optimize many details. For example, the black trays now feature bright strips for each busbar that increase the contrast for centering and allow the system to differentiate between them quickly and reliably.“

Mass production recently started with three shifts. The boards are run in sets of two on a single-track SMT line equipped with three Siplace SX2 machines. The first two machines place the SMT components, while the third machine handles the busbars. It is equipped with two waffle pack changers for the busbar supply, one Siplace TwinStar HF (High Force) head, and one TwinStar VHF (Very High Force) head. This head places the two large busbars while the HF head places the two smaller ones. For process reasons, the solder pads were made larger, and the Z-force for placing them was increased. Preh also employs a vacuum oven on this line to minimize the potential for air inclusions.

Ready on time despite many iterations

The design of the SMT line and the project requirements changed continuously from the first prototypes to the pilot series to the final production run, presenting the participants with major challenges: “Together with ASM’s CoC team, we managed to deliver an integrated SMT placement process with the Siplace SX in time for the start of volume production. We were also able to improve our placement accuracy, quality and throughput significantly across the board from the pickup and setup of the busbars to the flexible pneumatic Grid-Lok systems that support the boards during the placement of other SMT components. The spectrum of the Siplace SX for odd-shaped components and the support we received from the team at the Munich CoC were truly impressive,” says Justin Oppelt, the manager in charge of electronics manufacturing department. 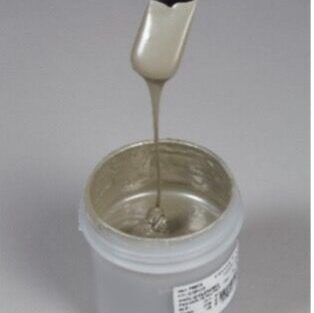 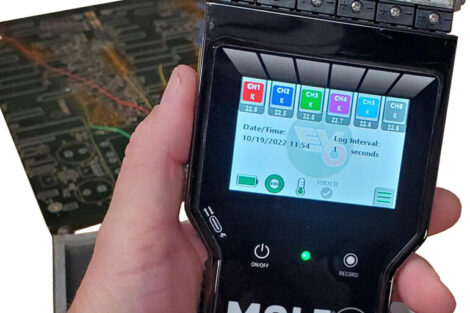 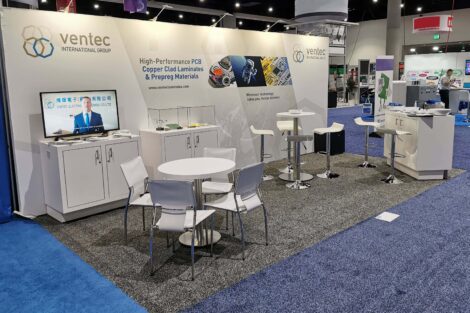