Ensured by an AOI System 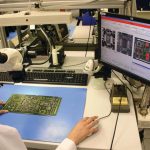 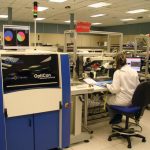 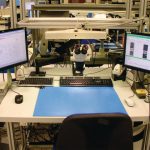 BAE Systems is a global defense, security and aerospace company with approximately 107,000 employees worldwide. The company delivers a full range of products and services for air, land, and naval forces, as well as advanced electronics, security, information technology solutions, and customer support services. In 2009, the company reported sales of £22.4 billion.
Göpel electronic, Jena (Germany)
The UK-based business in Rochester/Kent supports the UK other armed forces with head-up displays for civil and military jets and flight control computers for airplane landing and takeoff.
All printed circuit boards (PCB) for electronic equipment are designed and produced in Rochester. As the product portfolio is extremely wide, it means about 90 different types of PCB are manufactured a year. This also places high demands on their product quality, as precision, functional reliability and system stability play a critical role on these products.
The company runs three production lines. Until 2008, PCB inspection was executed manually in addition to electric In-Circuit Test and Functional Test.
The way to AOI
The test engineers decided on utilising a system for Automated Optical Inspection (AOI). In particular the ability to check solder joints was highly critical for this decision. So they considered and evaluated quite a few systems and finally focussed on four AOI vendors. Even though most systems were similar, after intense evaluations the test engineers decided on an AOI system by Göpel electronic. Robert Driscoll, test engineer at BAE Systems says: “It was the best system available.” The machine’s advantage was its ease of programming, fast test times, robustness and reliability as well as “painless installation”, adds Steve Rodwell, test engineering team leader of the PCB department, adding: “It came out on top for us.”
The company decided on the stand-alone machine OptiCon BasicLine, because the system had to take the output from all three production lines. After six months when production and complexity increased, the off-line machine’s capacities didn’t match the requirements any longer. “Hundreds of boards a day were simply too much to be tested with the OptiCon BasicLine”, says Robert Driscoll; hence the decision fell for another AOI system but this time with in-line capabilities.
Again a system from Göpel electronic was purchased, an OptiCon AdvancedLine that is employed in the production line of high-volume batches. But the OptiCon BasicLine is still used for SMD inspection and presence of THT components for the other two lines. Additionally, the stand-alone system is used for test program generation. More than 180 programs have been generated at the British company. Thus, test programming is executed at the offline machine and transferred to the inline system. Furthermore there’s no time for rewriting programs when system changes occur. Such tasks coupled with program fixing/updating are done with the OptiCon BasicLine offline.
Focused on short test process
Today, all possible inspection tasks are done with the AOI systems – most importantly device ID checks and polarities (including diodes and capacitors). Historically, about 75 % of all defects found by In-Circuit Test and Functional Test were related to SMD faults. Now these are captured in real time at the end of the line, with a false-call-rate of less than one percent. The AOI systems clearly identify where the faults are occurring and the defects are stored in a library for latter traceability. Steve Rodwell says: “Every project or product demands short test processes, and the Göpel systems meet them.” In terms of software, the recently introduced SPC (Statistic Process Control) module is efficiently used to optimise the production process. For example: the BAE Systems engineers needed to know what kind of faults occur the most. After utilising the AOI system they found that it was mostly solder defects, which finally resulted in changes in the manufacturing process.
“As it is, it’s efficient, easy-to-use, user friendly and fast”, test engineer Robert Driscoll states about the work with the AOI system, “It exceeded our expectations, and is great to work with.” Steve Rodwell adds: “We’re happy with the machine, its reliability and the great support here in the UK.”
www.goepel.com, www.baesystems.com 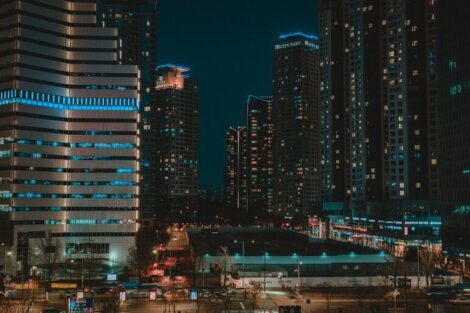 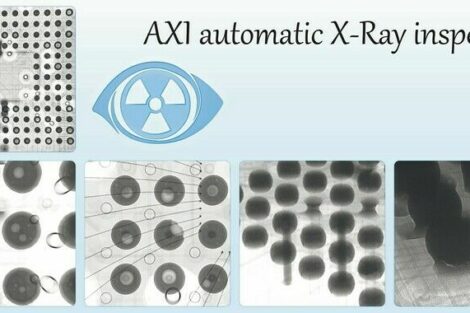 Automatic x-ray inspection (AXI)
What are AXI systems capable of in 2022? 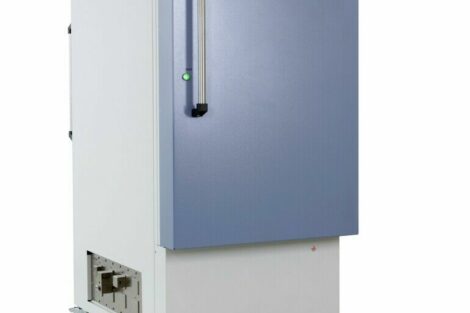